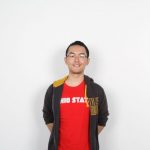 I think the application of personas was a very interesting way to approach the issue of user representation, something that isn’t thought about very often. Being able to replicate the essential parts of human behavior has great applications not just within identifying under-representation in software U.I.s but also with any program really. I would be interested to see the various statistics and reasonings that went into calculating the five personas presented in the video, as well as limitations in how these personas can represent people.

Put the three settings in a series. Up for off, neutral for light suction, and all the way down for heavy. We’re not savages.

2. In typical Youtube fashion, the fever dream of one of their unpaid interns has been implemented as a feature at the behest of no one. Enter the latest addition to Youtube’s playlist function, the afk warning. After what feels like 10 minutes of video, Youtube will pause the playlist if you have not tabbed back into the site within that time. Surely this won’t be an issue for the millions of users that start their music playlist then focus on something in another tab. Oh shucks.

The rest of the playlist isn’t even bad, but this feature is my red cape. The easiest fix is to just remove it, the next is to give some kind of notification or pop-up so that users can resolve it without having to tab back in. Or just use spotify.