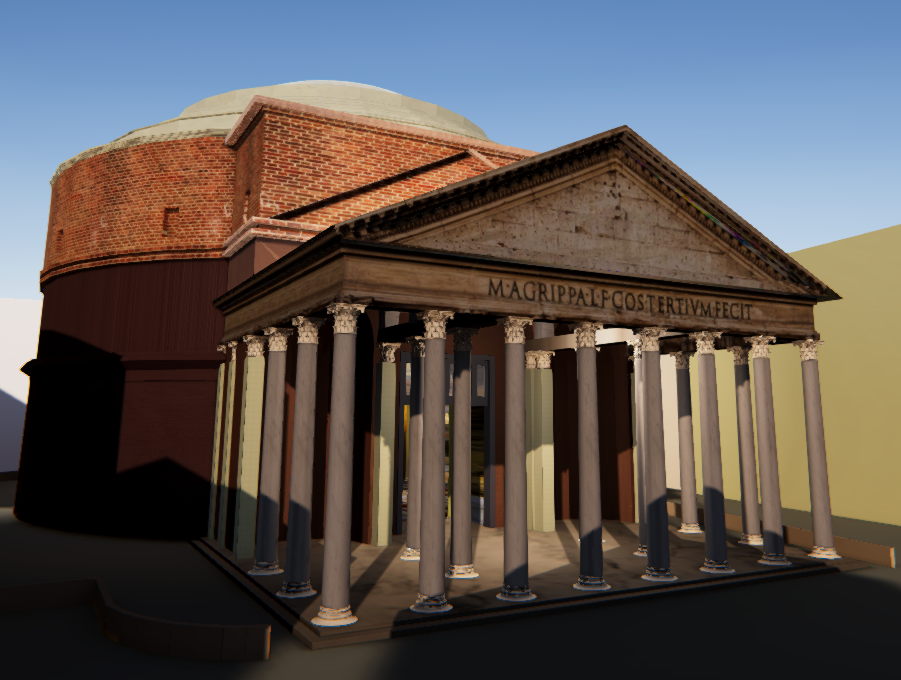 Domical structures were associated with the shape of holy and highest authority since antiquity.  One of the largest and most famous of all domes is the one over the Pantheon in Rome, built around 125 AD during the reign of Roman emperor Hadrian, who was a cosmopolitan individual.He traveled widely and admired Greek and near Eastern cultures.  Hence, when he and his architects planned a new temple to replace an earlier box-like temple with a pitched roof, they intentionally have chosen a circular structure.  The message of this major temple in the city of Rome was to proclaim political and spiritual strength of the Romans and that Hadrian ruled the Empire and the world, just as the gods rule the heavens, despite the fact that his army had recently suffered a serious defeat in the East.  By building the Pantheon (from Greek pan, all and theon, the gods) to emphasize that all the gods gave him authority to rule the world, Hadrian made the building into a widely recognized architectural symbol of the Roman Empire.  The idealized image of the Roman Empire as a perfect sphere was the essence of the building’s design whereby a perfect sphere can fit into the interior of the structure, which we demonstrate by an annotated diagram.